influencer marketing is the new black of advertising

A few years ago, when influencer marketing first became a thing, businesses mainly focused on celebrities and well-established bloggers. With the onset of social media, however, content creation has spurred the rise of a diverse variety of influencers. But while you might think it’s simple to choose an influencer to partner with your business, the truth is that this is quite a challenging sea to navigate. Without the proper guidance, you may only end up wasting your time and resources. Luckily, you’ve just landed on just the our guide to help you towards making your influencer marketing strategy a complete success.

Are you ready? Let’s dive straight in!

What Is Influencer Marketing?

Influencer marketing involves partnering with a content creator on social media who has a decent, REAL and dedicated following. The influencer will offer product recommendations and endorsements to their following.

With the high level of trust that the influencers have managed to gain from their following, they get the social proof that they need to make a purchase.

Influencer marketing works because the “influencers” already have a well-established follower base that trusts them and their recommendations!

Compared to the more traditional types of digital marketing, influencer marketing on average provides an ROI of up to 11X.

According to estimates, up to 40% of internet customers will purchase a product after seeing it used by an influencer.

I don’t know about you, but that’s all the convincing I need!

Influencers are not all equal, though, and some have more subscribers and followers than others.

Mega influencers – are often celebrities but can also be content creators who have gathered millions of subscribers.

Macro influencers – these have a following of between 50,000 and one million. Often, macro-influencers focus on one or two topics.

Micro-influencers – will be experts in a particular field or industry and have between 10,000 and 49,000 followers.

Nano-influencers – these have a following of less than 10,000. However, they tend to interact with their subscribers more personally.

Now I know what you are thinking “let’s go with the mega influencers and make tons of money,” right? While there is sense to this, you should also note that nano-influencers have a much more significant influence on their followers and are more likely to convince them to purchase your products than macro-influencers. That said, you can make a profitable relationship by taking advantage of a macro influencer’s large following.

The Different Collaboration Methods To Consider.

You may be wondering by this point, “how exactly do I collaborate with an influencer”? And, well, there are a variety of approaches you can use, depending on your agreement with your chosen influencer.

To give you an idea, here are a few examples.

1. The influencer can showcase your content or product and offer it as an award to their followers after completing a task.

2. The influencer can visit your company or business, make a video about it and share this with their followers. It is a great way to build brand awareness.

4. They can also be brand ambassadors where they become the face of the brand for an agreed period.

5. The influencer can get a tattoo of your logo on their — okay, maybe we’ll scratch this one. 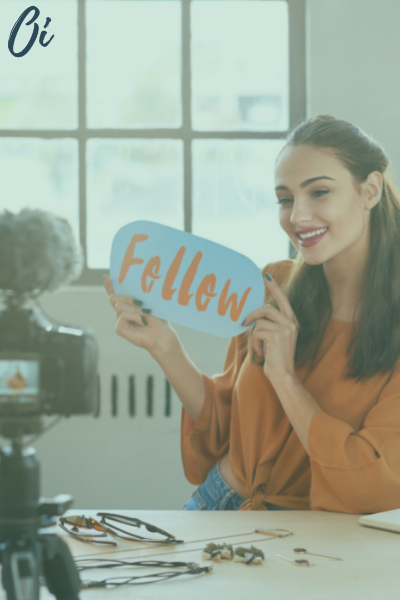 The Cost Of An Influencer.

The cost of partnering with an influencer varies widely. After all, there are plenty of factors to consider. These factors include the
• The size of their following
• The engagement rates
• Terms of the partnership such as will the influencer post on just one or various platforms and networks?
• The type of collaboration you choose to have with the influencer

Take Instagram posts, for instance. These can cost from $1,000 for every 100000 subscribers.
A micro-influencer who has a more personal connection with his followers may charge $250 per 10,000 followers. A mega influencer who is also a celebrity like Kim Kardashian may charge $250,000 per post on her Instagram. You catch the drift.

Like any other type of campaign, influencer marketing needs careful strategizing and planning to succeed, wondering where to start? Here’s how!

It starts with determining the right platform for your business. It should be where your target audience likes to hang out. Keep in mind that while expansion should very much be a part of your plans, for now, it is better to focus on starting with one platform.

Ideally, your business should already have a social media presence, and you can start with the platform you are already aware this. Also, never forget to put your industry into consideration. Ask yourself, what type of business do you run, and where are your customers likely to be on social media? For instance, most shoppers are likely to be on Instagram for fashion brands and LinkedIn for industry.

Next, research the category of influencers that you think will be best for your business. Do you have enough equity to partner with a celebrity, or would you instead work with a nano influencer who has a far more personal engagement with their followers? Decisions, decisions.

It is where the budget comes in.

Recall what we said about the cost and the fact that it varies widely? You can find out the average prices of the influencers in your category.

Consider the ROI of working with an influencer. Try to do some research on how other firms have benefited and taking the same result ratio, scale it to your budget. It will help give you an idea of what to expect.

Note that doing research is the initial, most crucial step towards creating an influencer marketing campaign.

By now, you know that a bit of spending is necessary to make your influencer marketing successful. That was precisely why you should make a budget. Remember that influencer marketing is not something you can set and forget. You will also need to factor in planning, budgeting, and executing time.

One thing that sets influencer marketing apart from other set-and-forget strategies is that the influencers are human.

They can also make mistakes or get caught up with their other commitments that they forget to post on time. Therefore, you should take the time to nurture your relationship with your chosen influencer and ensure everything goes as planned.

One thing to always keep in mind is that the business message is highly critical. However, you still don’t want to give too many instructions that the influencer cannot relate naturally with their followers.

And this leads us to the next point. 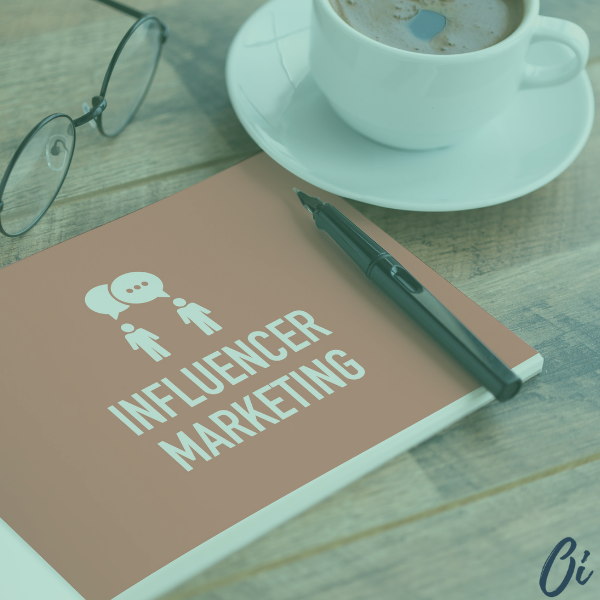 Whenever you think about influencer marketing, chances are two main ideas spring to mind. First, you would want to boost your brand awareness, and second, you want to increase sales.

But before going with the obvious, think about what your business needs – about your goals and objectives.

For instance, you may be looking to target an older or younger demographic, venture into a new product line, or expand your customer base.
Once you have identified what you want, you can find the right influencer to help you achieve these goals.

That said, influencers can prove to be the perfect business partner as they can appeal to a specific target group.

Okay, so we’ve talked a lot about the importance of influencer marketing and why it may very well be the perfect choice for your business. Awesome! But how do you go about contacting an influencer?

First things first- do your due diligence and research. Decide whether you want to go with a mega influencer or a nano influencer, or any influencer in between. Of course, it would also mean considering the budget and whether you can afford it or not. You also want to determine if the influencer aligns with your business goals and objectives.

Next, find out exactly how you will reach out to your influencer. You may consider sending a personal message either via email or DM them on their platform. Search their website or profiles for any contact information and use this if available, you can often find contact information on YouTube.

The 3 Rs of Influencer Marketing.

When developing your influencer marketing campaign, there are three factors that you should always take notes of and keep in mind.

Those are namely:
• Relevance
• Reach
• Resonance

Let’s have a look at each one, shall we?

Finding a suitable influencer would be ideal. It will be someone who will develop relevant material for your company and share it with their social media following. Doesn’t that make sense? Why would you want to work with someone who doesn’t share the right content about your business to their followers? After all, the goal is to get your company out there and demonstrate what customers want.

The influencer, of course, needs to have a decent following. It does not always imply that it should have hundreds of thousands or even millions of followers. Sometimes a small following they connect with on a more personal level may be what your business needs!

Recall what we mentioned above that simply going for numbers isn’t the answer to your influencer marketing efforts.

It doesn’t matter the number of followers an influencer has if their recommendations do not move them.

An influencer thus needs to have resonance with their followers.

It means that their offers are likely to impact the followers significantly.

It is paramount that you audit your influencer marketing strategy and campaign. It will help you determine how it’s performing and whether everything is going by the plan. It also lets you decide whether you should continue working with the influencer and make any changes. 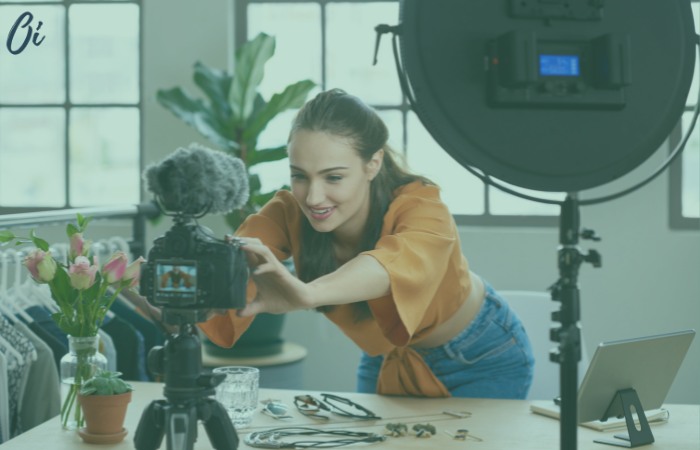 Setting up your influencer marketing campaign is one thing. Reviewing it is another. It would help track your movements to determine how they perform and whether everything will plan. This stage can be pretty confusing, though, especially starting. For instance, any beginner would be impressed by metrics such as getting many likes.

However, if you are dealing with a macro or mega influencer, the likes could result from the large numbers. The best way to judge the value of your campaign is through its ROI.

You can find this out through UTM codes that track the traffic sent to your site via your influencer, then use this to calculate the bottom line.

These will give you great feedback on the posts, stories, and feeds.

Finally, you always have the option of asking your influencer to send you data and reports on the reach of their positions.

You can then easily see the engagement levels with the followers! 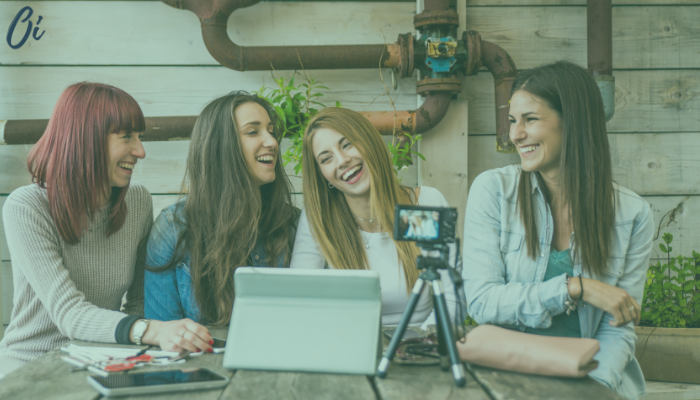 One thing’s for sure – influencer marketing isn’t going to become a thing of the past anytime soon.

If anything, you can expect it to evolve as it has already done within the past few years.

But by capitalizing on the trust built by an influencer with their followers, you can open whole new opportunities for your business to grow and thrive.

So wait no more, find your perfect influencer and sign some deals!